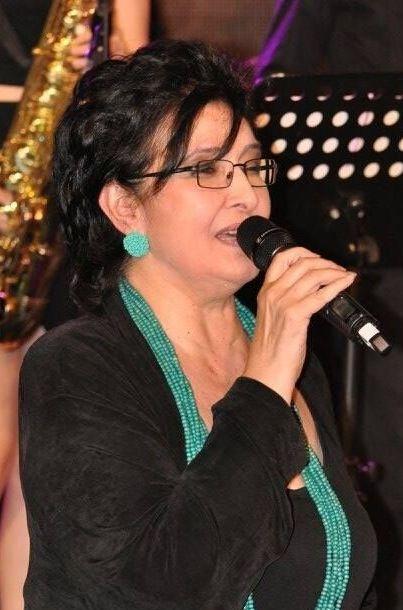 Vicky Almazidu was born on April the 4th, 1956 in Bulgaria.

Since 2002 she has been collaborating with Milcho Leviev, the two of them appearing in numerous concerts in Bulgaria and abroad. Their performances at the Dimitria Art Fest in Thessaloniki and their concert at “Bulgaria” Hall during Sofia Music Jam received considerable acclaim.

During the same year, Vicky Almazidu’s album “Dream” came out. The CD represents a unique compilation of the singer’s own arrangements of authentic Bulgarian and Greek folk melodies developed into modern jazz pieces and songs. Critics highlighted the album as one of the 2002 top music events.

In 2003, at the “Dimitria” Festival in Thessaloniki, Vicky Almazidu had a concert together with the greatest jazz drummer Billy Cobham, Milcho Leviev and Yiottis Kiourtsoglou.

Vicky Almazidu has four sessions recorded for the Jazz Time programme of the Bulgarian National Television together with Milcho Leviev, Georgios Kontrafouris, Angel Zaberski Jr., and Vesko Koichev. At the end of the same year BNT shot and broadcasted several times a film about her, called “Made to Dream”.